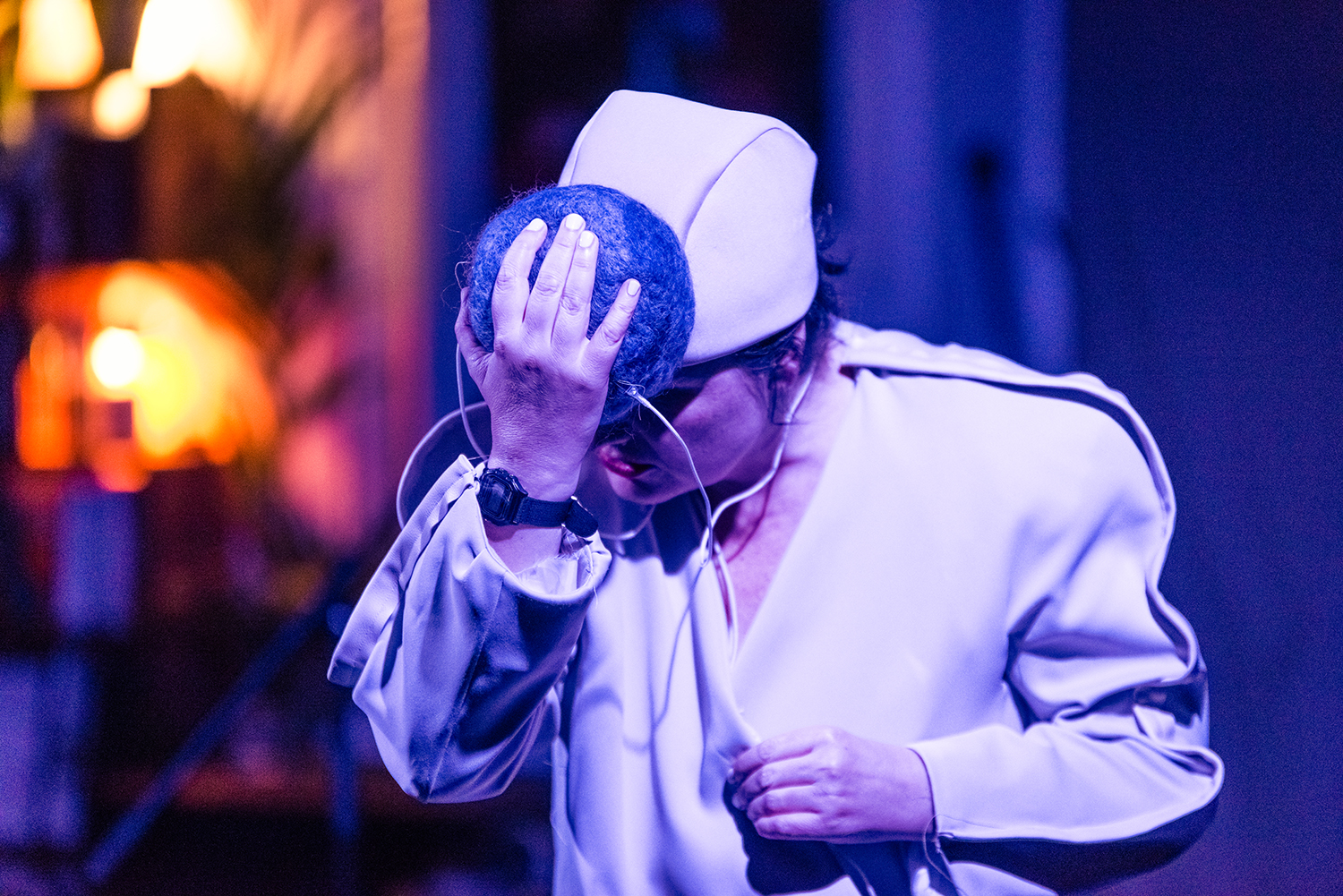 GOT IT got it thanks

GOT IT got it got thanks

got got it thanks

I make experimental music performances with vocals, sound poetry, improvisation, noise and movement. My project ‘Buffer’ is a performance and wearable musical instrument. My jacket and headpiece have eTextile sensors sewn into them that can be played. eTextiles are threads and fabrics that conduct electricity. They can make experimental electronic instruments softer to play and activate through touch. The big pom-pom I wear, I call it an ePom, contains conductive wool. When pressed it changes the quality of the samples I trigger through the jacket.

A good place for me to start talking about Buffer is the meaning of the word, Old French ‘bufe’, a blow. It’s also the soft landing, the buffer that softens the blow. Also what became familiar for some during the lockdowns, the freezing screen, the buffering wheel that creates a break. Creating a buffer space is a strategy for me to cope, to find wiggle room within ableist timeframes. In my performance I break down what this involves.  I’ve discovered there is a lot to unpack. Why wouldn’t there be? ‘Keeping up’ is a concept many people would have experienced since childhood. Buffer is about asking for adjustments, about strategies to exist. It’s not an acceptance of the need for the strategy. I shouldn’t need to find ways round these demands. It can be exhausting finding ways not to get exhausted.

For WAIWAV I’m performing a version of ‘Buffer’ in partnership with The Harris, Preston.

I start with intense, loud, incessant vocals and music. I think of these as the blow, an onslaught of demands, pressure, and standardisation. When I press the ePom the sounds I make soften. The ePom is like an effects pedal, it creates a high-pass filter. I follow a colour-coded visual score and particular vocal practices to put across feeling pressured and finding relief. I combine sound-poetry with free improvisation. For the sound-poetry I look to lone wolf, irreverent, Dadaist poet Elsa von Freytag-Loringhoven, the Baroness, for inspiration. I make-up words, they are not recognisable from my day-to-day language. They are a way for me to collapse a lot into sounds, tones, pitch.

When I’m acting out the creating of a buffer space, I push out my arms as if I am pressing out a space around myself and make these sounds:

I think of it as a popcorn inflating. This resonates with my need for humour in creating my wiggle room. Then I use these words to put across how it feels. The sheer relief and pleasure conveyed through sound, pitch, and delivery rather than a recognisable word with meaning:

The nonsense element of this needs a bit of testing though. My made-up words come up in an internet search. Floof, flurl, phoof all have meanings or have been used as names. They are not as commonly used as fluff, puff or flop say. But on my search I discovered that ‘Floof’ is a ‘form of children’s indoor snow’ or used to mean ‘a little fluffy animal’. ‘Flurl’ is an URL Builder. ‘Phoof’ is in the urban dictionary as ‘to pass wind’. I haven’t used these sound words with these references in mind, but I like them.

Credits to Bela Platform and eTextile Spring Break researchers especially my mentor Becky Stewart who made my eTextile making and Buffer possible and Robin Bale for collaborating on the development of the ePom. The research and development for this work was supported by an Arts Council England, Develop Your Creative Practice grant and a Jerwood Bursary. 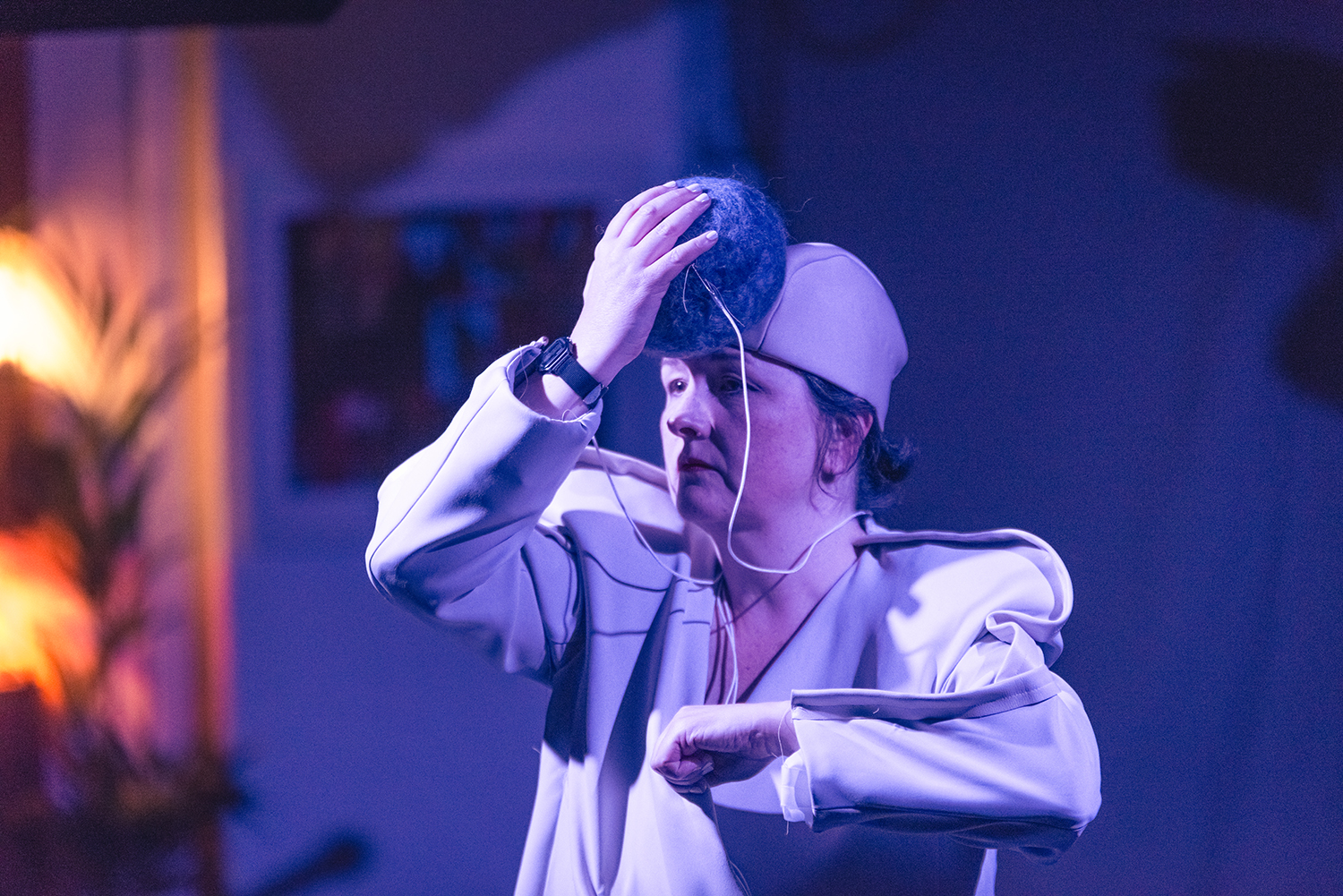 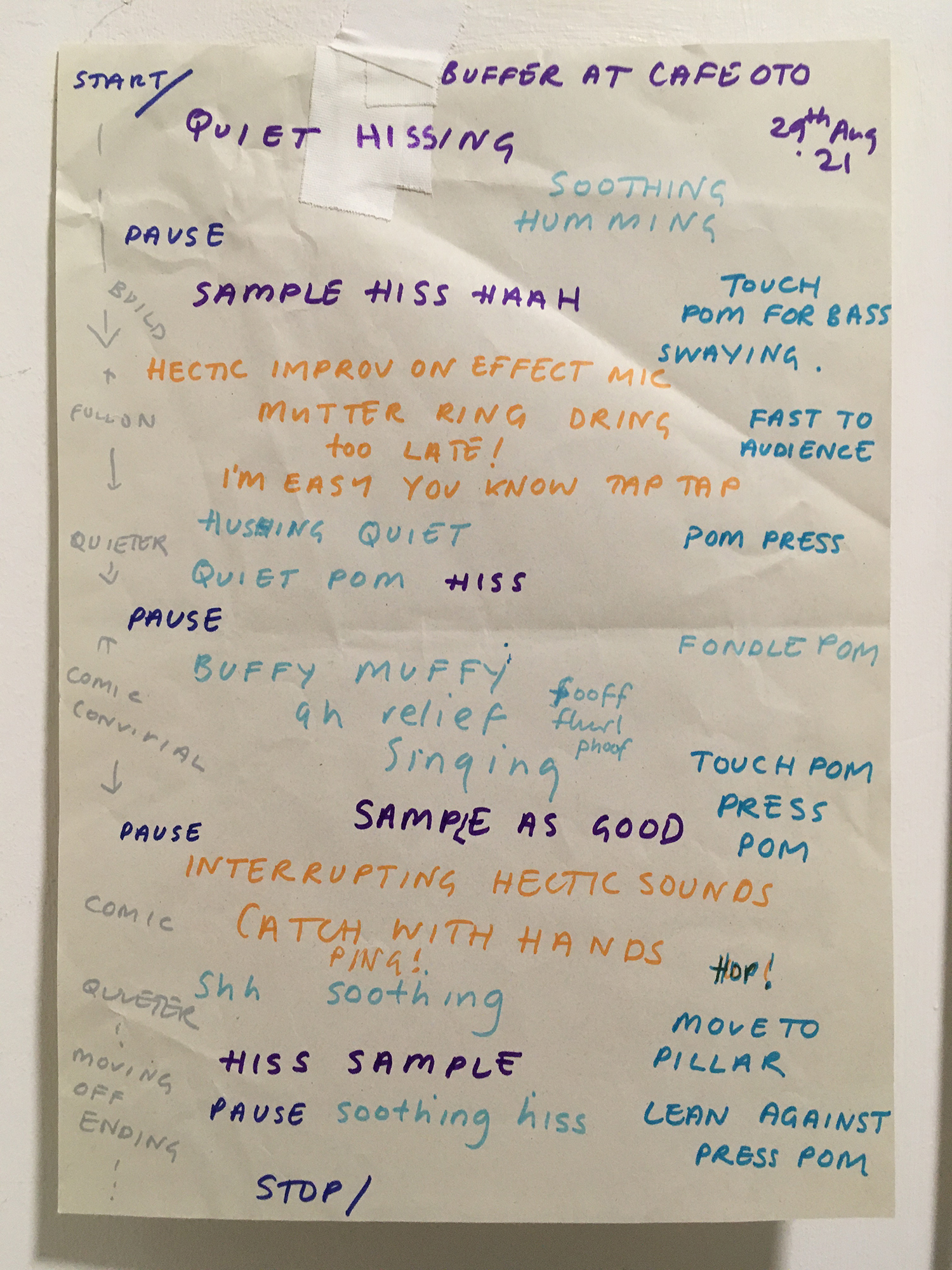