?madness what is | Void Gallery, Derry~Londonderry 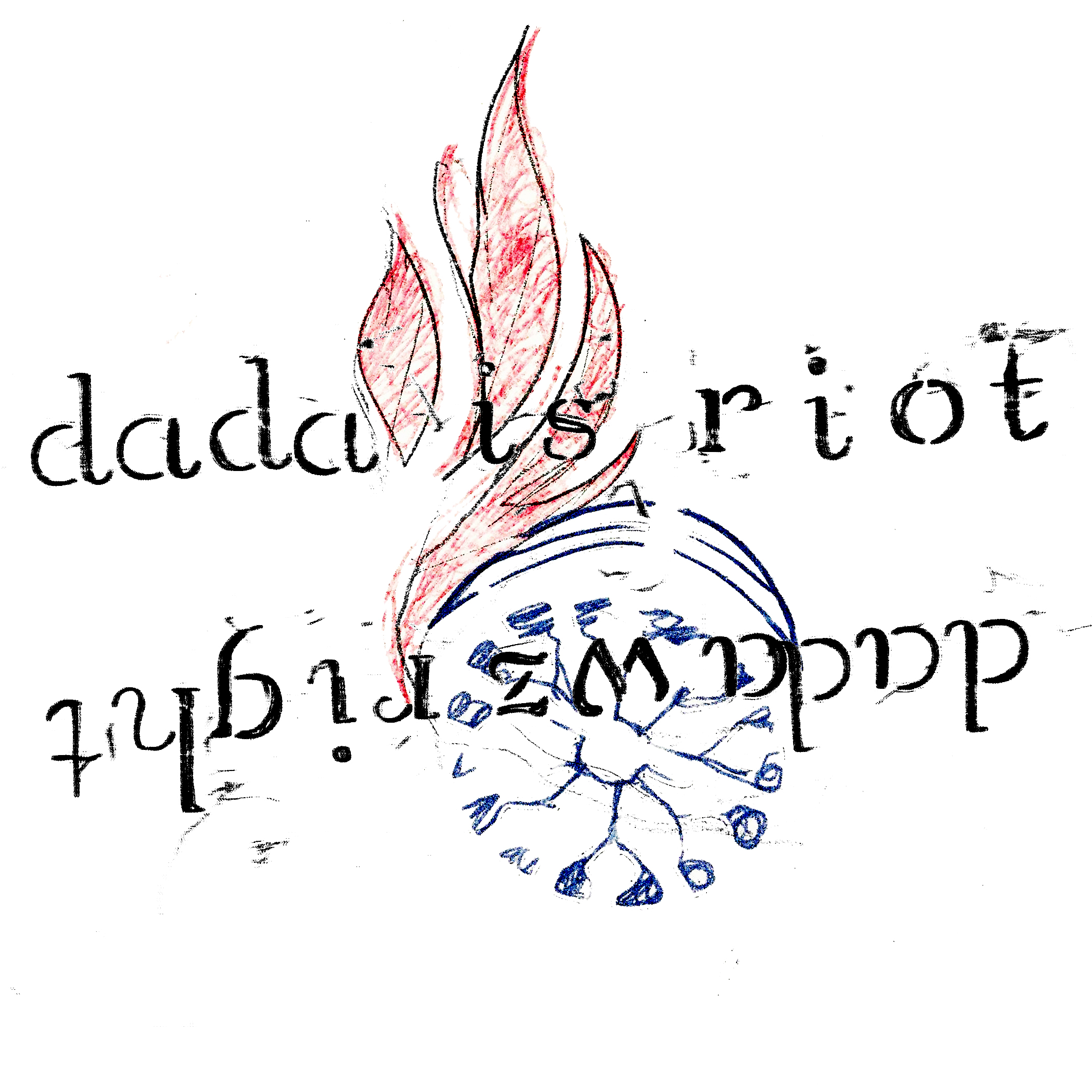 '... politics stand at the soft core of our time.  may that core soon soften further and may it leave our time free space for being free'

for crazy-kurt, crip-kurt, degenerate-to-the-nazis kurt - all was creativity.  kurt schwitters lived with what would now be labelled multiple disabilities & mental distresses from epilepsy via madnesses to heart condition ... brit-internment hastening his heartblown-end yet his art / commitment remained total ... his life wz expanding universes ov playful-undermine, ov serious-fun, ov yo-yo'ing-wtf-lol-against-the-mofo's ... how he processed the none-sense ov 'rational-world' in all its canons & cannons to subvert like nae other ... typefaces, fairytales, found, sound, installation, psychological collage & naming the collaging merz (partword torn from flier off-ov some bank) all belonged to the lifelong, total, commitment ov his ... when dada gave up he continues,  confusing the bbc into unplugging his ur-sonate, fleeing nazis twice he continues to build merz, brits intern him & hasten his fatal heart condition (us too, us too) but he built porridge-sculptures inside (they stank) which cleared the space & regained some freedom; released he eventually finds elterwater in the north (lake district) swapping more 'regular' art for food while continuing to curve barn walls, dying even as his naturalisation papers hunt him doon ... this final curve-barn is eventually transported across north-ov-england & into a pop-art toon gallery ... & we are wee & for treats we run around kurts unwall, barnstorming this anti-wall in hatton gallery till guards come & we freeze like much art-critic-curation ... on guards unclench we laugh-off&whoop again ... barn wall in a gallery & its no even straight?!  euro-crazycrip-kurt lifelong schwitter-subversions challenge the normcore, the numbcore canon&cannons-ov critic&curator&dealer(arms&art, both) ... these expanding universes on every front blow minds into finding personal liberation, gifts for next generations ov crazed-crips

for the Void Gallery Derry Waiwav we get to play with Derry artist & friend James King.

James King has been performing for a long time in various forms; very often in the street and frequently collaborating with others. E.g. Clowning at festivals, agit prop street theatre, street art performance ( junk sculpture, graffiti, walkabout happenings) and currently performance art.  Much of his work is spontaneous and intuitive, using vocalisation.  At open mics in pubs and elsewhere he has performed sound poetry and experimental gibberish.

Some of the work has themes related to social issues and concerns.  He has facilitated a broad reach of workshops in the community, and in education.

our latest solo show heartfelt is backed by MGC Futures Bursary, Graeae Beyond Bursary & Level Centre Residency alongside artistic advice / mentoring from Third Angel and Slung Low and is the final part of the trilogy including provoked 2 madness by the brutality ov wealth & rose carved in rain 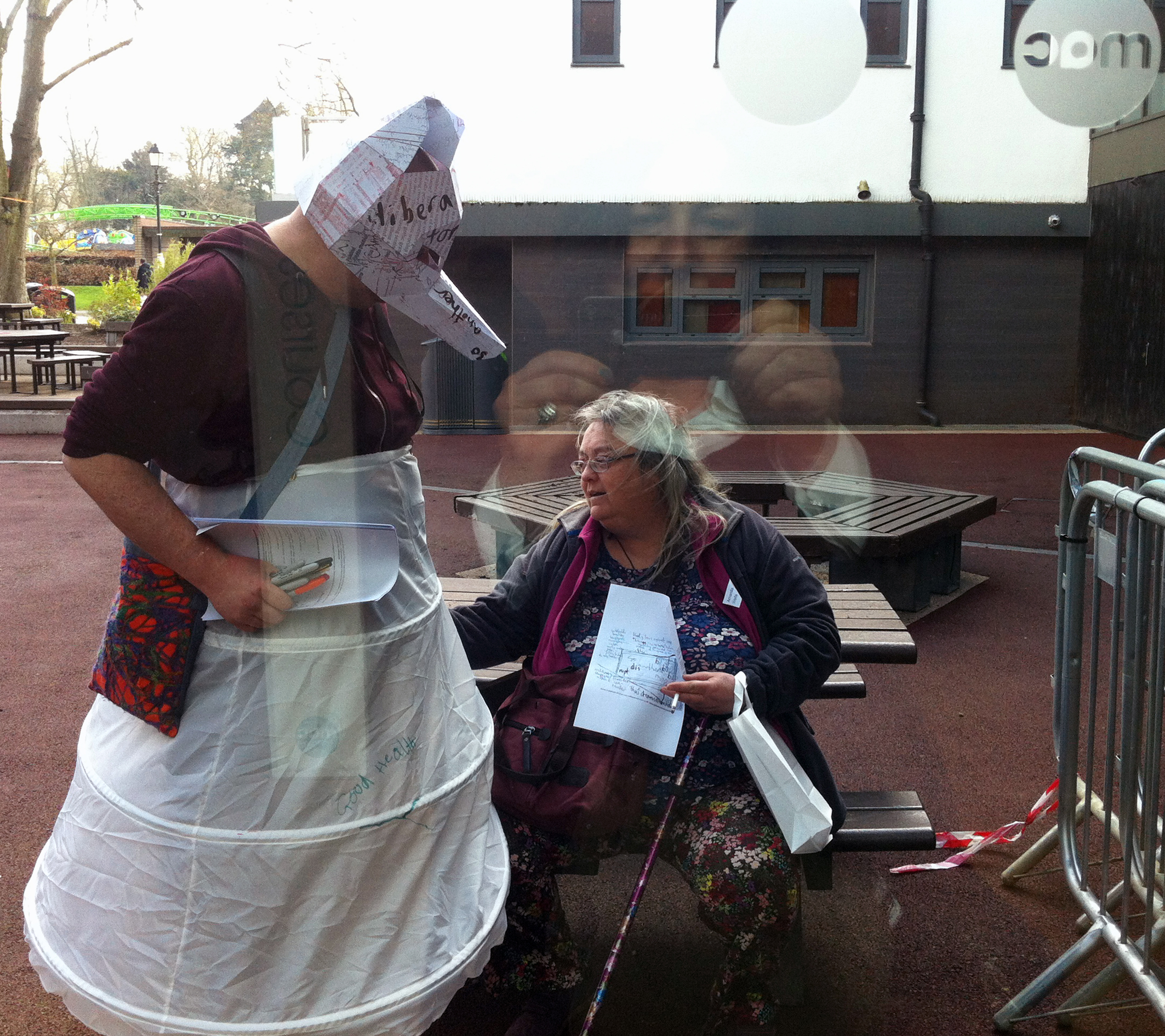