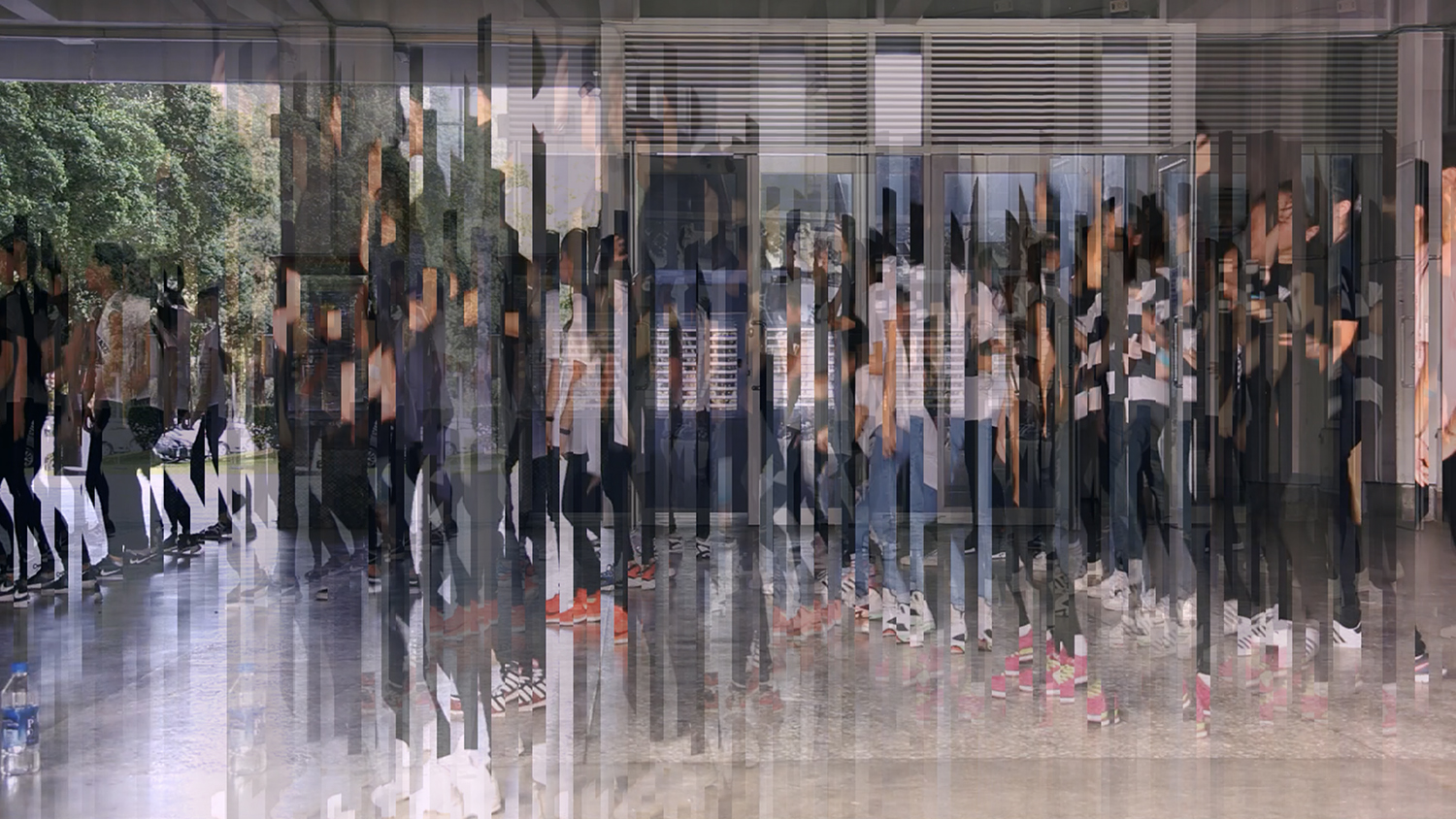 Titled ‘beyond relentless acceleration’ the intervention involves arranging a race around Nottingham Contemporary. This is no ordinary race as unlike most sporting contests, the winner is the last person to cross the finish line at 5:15 pm. Competitors can go as slow as they want, that can take a nap if they so wish and they can go in any direction. The race will be animated by Dadaist commentary and prizes will be given to people taking part.

This absurd yet humane and inclusive race deliberately allows the gallery space to be occupied according to each individual’s pace, and the motivation to win is not fuelled by domination or defeat. The only rule is that participants need to move at their own pace, their ‘movement’ is choice and free to be interpreted.

The core idea of Beyond relentless acceleration was formed as a reaction to the reneging of promises made by the able world during the pandemic of 2020 that society would not see a return to business as usual. There was the possibility of ‘allowing’ people to humanly proceed, working from home, increasing productivity in a non-rushed, less demanding way. However, fraudulent and ableist concerns about the economy, forced activity, get-back-to-work or get sacked, and the winning of more profit soon overshadowed this momentary reprieve to an accessible pace of life.

Beyond relentless acceleration provides an opportunity to caringly observe, acknowledge and live document a sample variety of nuanced human movement, action and activity that otherwise is ignored at the expense of conventional and stigmatised, toxic ideas of ‘achievement’ and ‘accomplishment’, which are predicated on competition and defeat of the other. Beyond relentless acceleration is an everyday happening that is ‘officially’ acknowledged and ‘allowed’ to happen.

Dada is playful subversion, concerned with preoccupation - the ‘hobby-horse’ - we just can’t shake off. Among most artists and disabled artists even more so ‘worthiness’ and ‘imposter syndrome’ and even ‘belonging’ is a challenge. The anti-social model of disability projects upon our lives an addiction to hyperactivity, achievement and winning - as the core components of our addiction - the anti-social hobby horse - to survival itself.

“Beyond relentless acceleration” challenges fundamental notions of “worthiness” - subverting the idea of winning - and inherently subverts the survival of the fittest, which has affected most, if not all people with disabilities. The idea that the fastest is the best - the intervention also reveals the detail of existence happening in slow motion, attention is actually paid to who is doing what and how.

By not having heavily imposed rules for the race we are kicking against the idea that we should all be playing by the same rules.

To find out more about the work of Ashokkumar D Mistry please go to ashokdmistry.com