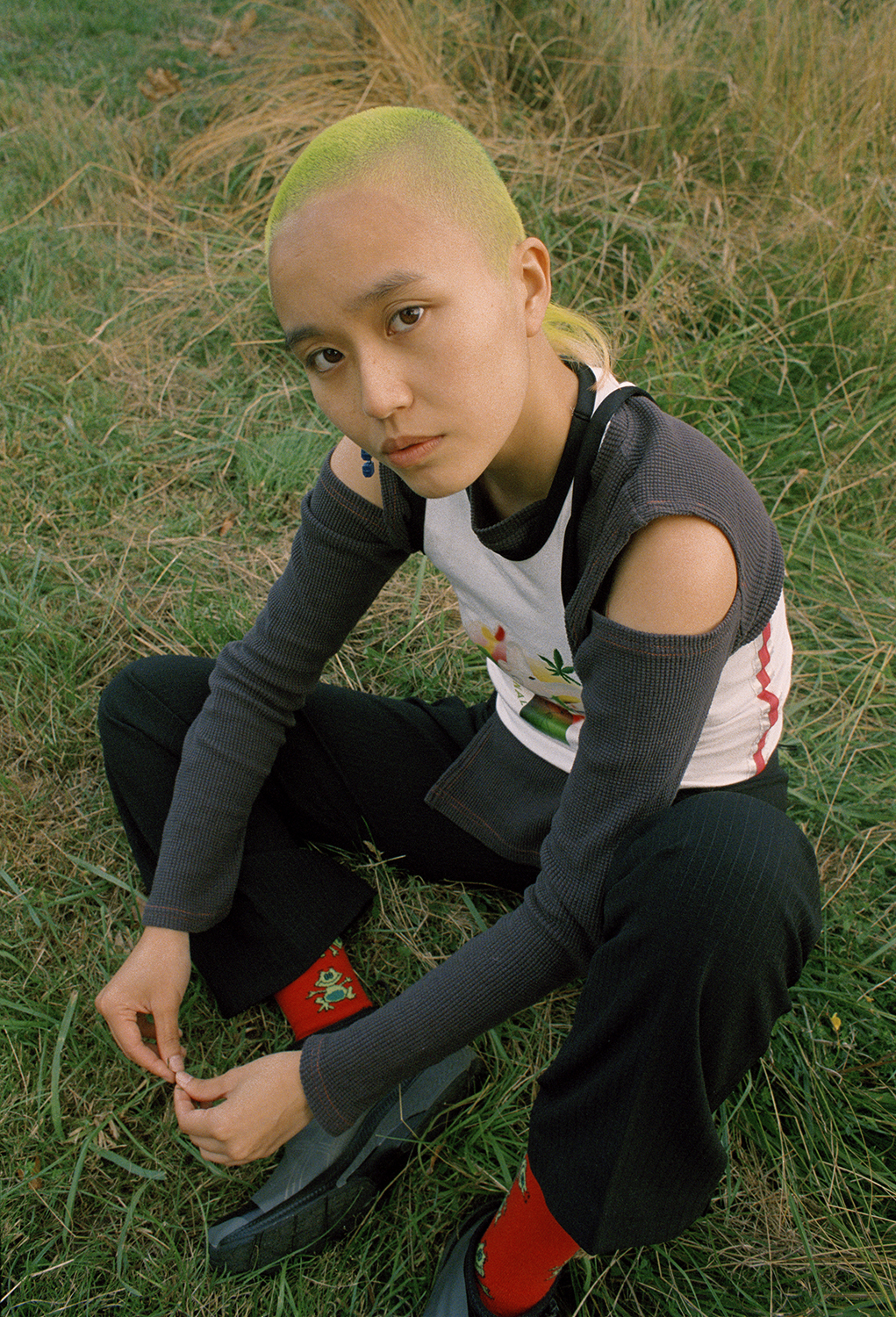 In Embrace of Fakeness

For many years in my childhood, I accompanied my family to market squares around central Stockholm whenever I wasn’t in school. This was our only source of livelihood. In this pre-online shopping era, we imported whatever knick-knacks, knock-offs, and novelties that were trending in China, and sold it to Swedes who did not have access to such materials themselves. Every once in a while, these shipments of wares would fill up my living room, holding the theoretical promise of rent and food for the coming months.

We sold a wide range of items, but what they all had in common was that they were fake versions of real things. These were unauthorised, unlicensed, and uncertified goods that my hands would place out in the mornings and pack up in the evenings, that had its own place in the layout of the market stall. There were fake Spiderman stickers, fake Gucci belts, fake Nokia 3310 phone covers; a smorgasbord of fakeness that shared the same migratory route as my family, from the humid subtropical bustle of Guangdong province to the frosty Scandinavian emptiness.

I remember asking why we were breaking the law, selling these subpar goods that were definitely “not supposed to exist.” If people could have the real deal, why would they want the inferior version? I was ashamed of our means of making a living, having internalised the classist notion that a real job was done by doctors saving lives, or scientists curing cancer, or lawyers defending justice — not standing outside in the cold for 12+ hours, peddling the illusion of originality. Every time someone would walk away, or sneer, or saying something racist to us, this link between selling fake, cheap things from China and being a fake, cheap Chinese person was only more and more affirmed.

In recent years, the idea of shanzhai has developed as the sediments of Chinese capitalism have settled enough to be analysed. “Shanzhai (山寨) is the Chinese neologism for “fake.” ... But they are actually anything but crude forgeries. In terms of design and function they are hardly inferior to the original. Technological or aesthetic modifications give them their own identity,” writes Byung-Chul Han in Shanzhai: Deconstruction in Chinese. There are shanzhai phones that work as shaving razors, shanzhai shoes that spell out “adibos”, even a shanzhai Harry Potter adapted for a Chinese audience, called “Harry Potter and the Porcelain Doll”.

Shanzhai is a term that denotes adaptability, flexibility, and resourcefulness, prioritises these qualities above the construct of originality. It’s an orientation rooted in reality as complex and ever-shifting. For the rural or working-class in China, shanzhai goods are the more affordable and distinctly localised way in which a middle-class symbolism can be attained — a hack in the system. The shanzhai products we sold allowed my family to survive in a similarly shanzhai manner, scrambling inventively for a niche not many others could fill. In a way, these objects and my family joined forces, banking their hopes on being carried along on the global flows of consumption, towards a place of security or at least, less disposability.

In my intervention at Manchester Art Gallery, I will deliberately be making fakes — warped, glitchy, shoddy copies of classical paintings that have been meticulously preserved for centuries. I will be hawking these shanzhai paintings out to visitors with no attempt to mirror the value of the original; in fact, this is about poking holes at the exclusivity and valuation of traditional art. By making low-res stickers of artworks that are valued at enormous sums, I want to disrupt the engrained process by which certain artworks get to be imbued with capital and respect by virtue of belonging to a Western art historical canon.

I’m rewriting the equation, taking a stance against fake as subpar. By giving these sticker copies out for free to passers-by, I want to make fun of the assumption that good art is a luxury item: expensive, a rarity, and only for the select few. This is an ushering in of new frameworks that prioritise accessibility, flexibility, and inventiveness.

I have no images of the countless days spent at these markets, and sometimes it feels like a huge made-up memory. I wonder what it will feel like, returning to a state of being exposed to the public as I sell my fake things. Let it be known that on 2 July 2022, these fake images acted as a portal between my present self, equipped and prepared, and my younger self who didn’t yet know the strengths of being shanzhai and the agency of embracing fakeness.

April Lin 林森 (b. 1996, Stockholm — they/them) is an artist-filmmaker investigating image-making  as a site for the construction, sustenance, and dissemination of co-existent yet conflicting truths. They dream & explore & critique & fret & catastrophise & imagine & play with the potentials that the moving image holds — for a collective remembering of forgotten pasts, for a critical examination of normalised presents, and for a visualising of freer futures as, of course, imagined from the periphery.

April Lin 林森 uses video as a self-reflexive and cathartic tool, interweaving strands of auto-biography, world-building, documentary, performance, and the post-Internet, topped off with an inevitable garnish consisting of the other matters dialoguing with their brain and heart during the making process of each piece. Uniting their genre-fluid body of work is a commitment to centring oppressed knowledges, building an ethics of collaboration around reciprocal care, and exploring the linkages between history, memory, and interpersonal and structural trauma.